Local Capital Group was founded in 2013 as a diversified real estate investment company. The partners have over 80 years of combined institutional experience acquiring, developing, leasing and asset managing multifamily, office, industrial and R&D facilities and investments across the globe.

Local is comprised of a small, trusted group of partners with an extensive relationship network.  Our partners combine valuable institutional experience with a nimble approach to focused on execution at the highest level. 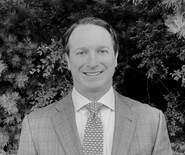 ​John Bickford
Mr. Bickford is a Co-Founder and Managing Partner of Local Capital Group, a diversified real estate company focused owning and operating commercial assets as well as mixed-use and multi-family development.  Since founding Local Capital Group, Mr. Bickford and his partners have built a portfolio of commercial and development assets of $850 million throughout the United States.  Prior to founding Local, Mr. Bickford co-founded 819 Capital in 2010 where he led 4 venture capital investments, as well as several multifamily and energy developments. Mr. Bickford previously spent over 10 years in corporate finance, primarily as an Investment Banker at Merrill Lynch, completing over 40 deals across multiple sectors, totaling over $4 billion in transaction volume. Mr. Bickford received a B.A. in Economics from Denison University. He is based in San Francisco, CA.

Josh Corzine
Mr. Corzine is a Co-Founder and Managing Partner of Local Capital Group, a diversified real estate company company focused owning and operating commercial assets as well as mixed-use and multi-family development.  Mr. Corzine leads the Company efforts in mixed-use and multi-family development.  Mr. Corzine previously held several positions at Essex Property Trust (NYSE: ESS) from 2002 through 2013, most recently as VP of Development. He was responsible for land acquisition, entitlements, development, construction and lease-up of new multifamily projects in Northern California. Mr. Corzine also held the position of Director of Land Acquisitions at Essex. During his tenure at Essex, Mr. Corzine was Project Manager for over 2,300 residential units across 7 large-scale projects in the Bay Area.  Mr. Corzine holds a Bachelor of Arts degree in History from Colgate University and is based in San Francisco, CA.

Dan Poritzky
Mr. Poritzky is a Partner with Local Capital Group, responsible for oversight of the commercial and industrial platform. Mr. Poritzky joined Local with 17 years of institutional real estate experience. He started his career at Prologis and Eastdil, and later held leadership and executive positions at Hines and MWest Properties (a DivcoWest and TPG Real Estate Portfolio Company). In total, he worked on over $9 billion of real estate in the following capacities: acquisitions, asset management, financings and leasing. Mr. Poritzky received his B.S. in Accounting from the College of Business and Economics at Lehigh University. He currently serves on the Board of Directors for the San Francisco Chapter of NAIOP and is an active member of the Urban Land Institute and CoreNet organization.

Ryan Braniff, CFA, CAIA
Mr. Braniff is a Partner at Local Capital Group, responsible for oversight and execution of the Company's underwriting and asset management of both commercial and mixed-use assets. Before joining Local, Mr. Braniff spent over ten years in the multi-asset investment management industry, including two years at Makena Capital Management in Menlo Park, CA as Director of Business Operations and eight years at BlackRock in San Francisco, CA and New York, NY within the Multi-Asset Strategies and Client Solutions investment divisions. Mr. Braniff earned his Master’s in Financial Engineering (MFE) and his BA in Economics with a minor in Mathematics from the University of California, Berkeley. He has also earned the Chartered Financial Analyst and the Chartered Alternative Investment Analyst designations.

​Wesley Lipner
Mr. Lipner is a Partner with Local Capital Group, responsible for value-add and development of multifamily and office assets. Wesley has also served as Managing Director of High Country Capital (HCC), a specialty real estate firm specializing in commercial, residential and special situation land acquisitions in New Zealand.   Prior to HCC and Local, Mr. Lipner spent six years in London as Founder and Managing Director of Grassy Creek (GC) a boutique real estate and hospitality company specializing in the development of ultra-luxury properties. Branded as Eleven Experience, Mr. Lipner led the sourcing, acquisition and management of over 40 real estate deals exceeding $150 million in transaction value in eight countries. Wes led GC through several years of growth hiring and managing over 50 employees in six countries. He earned a B.S. at St. Lawrence University and is based in San Francisco.

Dan McGill
​Mr. McGill joined Local Capital Group in 2019 as a Senior Asset Manager, responsible for establishing and executing upon the value-add strategy for the firm’s commercial and industrial portfolio.  Mr. McGill brings more than 18 years of commercial experience to Local Capital, drawing up his most recent role at Sares-Regis Group where he lead the development of a 750,000 new corporate headquarters in Santa Clara.  Prior to Sares-Regis, Mr. McGill gained extensive experience through positions with such companies as Apple, LeEco US, Hines Interests, and Jones Lang LaSalle Americas.  He is LEED GA certified and has a MS in Real Estate Development from MIT and a BS in Human and Organizational Development with a minor in Business Administration from Vanderbilt University. 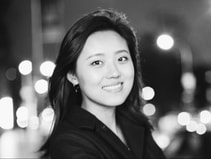 Isabelle Sun
Ms. Sun joined Local Capital Group as an Associate in 2019. She is responsible for underwriting and reporting the acquisition, development and operation of Company’s residential and commercial projects. Prior to joining Local, Ms. Sun spent two years in New York as an Associate at Eyzenberg and Company, a commercial real estate capital advisory firm, underwriting and aiding the placement efforts of more than $1 billion equity and debt financing. Ms. Sun earned her M.S. in Real Estate Finance and Investment from New York University. She is a member of ULI, ICSC and ACRES.

David Farrell
Mr. Farrell is an associate at Local Capital Group, responsible for operations and reporting of the commercial and industrial platform. Prior to joining Local, Mr. Farrell spent three years at Terreno Realty Corporation as an acquisitions and asset management associate. During his time at Terreno, he completed 24 transactions totaling over $350 million. He also oversaw operations, leasing, and construction management for a 5 million square foot industrial portfolio. Mr. Farrell received a BBA in both Real Estate and Finance from the University of San Diego. He currently lives in San Francisco and enjoys cycling and playing soccer.

Annie Lei
Ms. Lei joined Local Capital Group in April 2018 as Property Accountant. She was previously with Partners Group, Inc. from 2011 to 2017 as an Accountant focused on invoicing, customer communication, bookkeeping, tax returns and year-end audits. Ms. Lei processed payroll for 200 employees and managed several bank accounts for the firm. Prior to Partners Group, Ms. Lei worked in the Accounts Payable group at Chartres Lodging Group from 2006 to 2011. At this position, she also acted as an Office Manager and assisted the Controller with various HR responsibilities. Ms. Lei received her BS in Hospitality Management from San Francisco State and is based in San Francisco, CA.